By kirkwoodcommunitycollegeApril 23, 2016November 16th, 2018No Comments 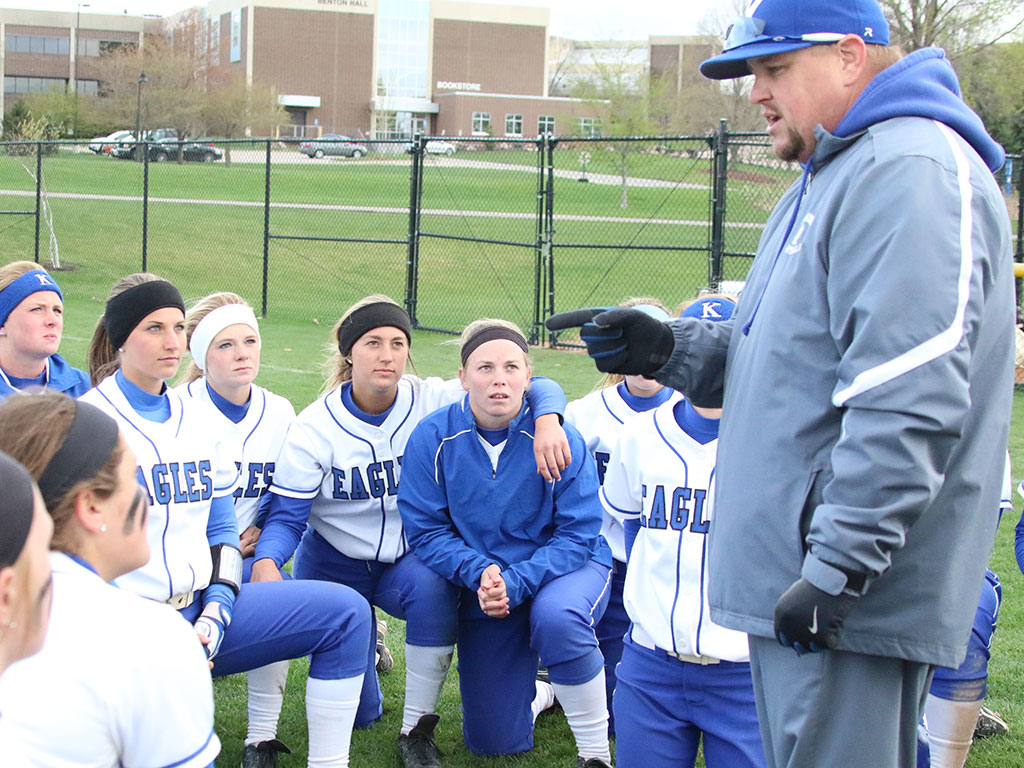 Cedar Rapids, Iowa (April 23, 2016)-Kirkwood Head Softball Coach Joe Yegge won his 500th game as a head coach on Saturday after a 14-0 victory in the first game of a doubleheader versus Northeast Community College.

Yegge is in his ninth season as the head coach at Kirkwood. Prior to leading the Eagles, he was head coach at North Iowa Area Community College from 1998-2002. His overall record at both schools is 500-221 with 419 wins and 91 loses at Kirkwood.

According to Yegge, he was able to reach the landmark win total because of the quality of his players and staff.

“I have had the benefit of having great players who have bought into the program,” said Yegge. “My assistant coaches are top-notch at what they do and they teach our players how to compete as a team at this level. If you have those components, you’re going to win games.”

In addition to his talented players and staff, Yegge thinks there might be another explanation for being able to reach the 500 win mark.

“It could just mean that I’ve been around a long time,” joked Yegge.

The Eagles are 46-4 on the season and ranked fourth nationally. They are currently on a 22-game winning streak.

Following today’s doubleheader against Northeast, the Eagle’s will take the field again on Sunday for another two game set against Iowa Central Community College. First pitch is scheduled for noon.

For more coverage of Kirkwood Athletics, go to www.kirkwoodeagles.com.