By kirkwoodcommunitycollegeApril 23, 2013November 14th, 2018No Comments 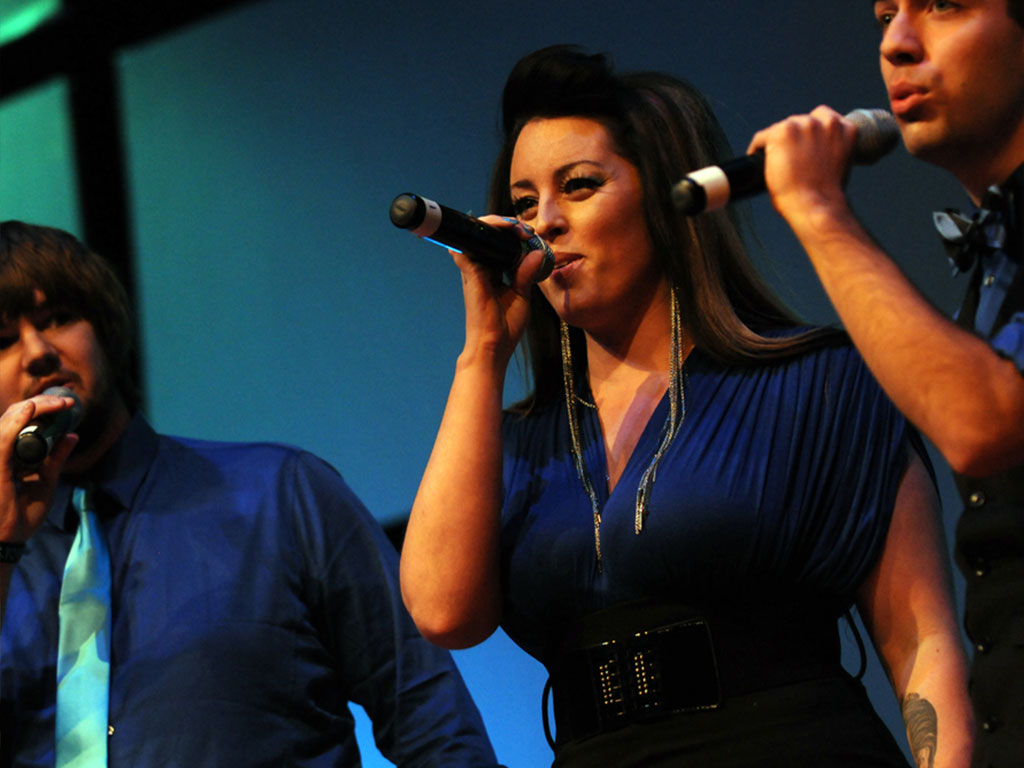 Kirkwood Community College’s student jazz vocalists take the stage this spring, presenting music from many well-known composers. The RSVP and Jazz Transit groups will perform on Friday, April 26, at 7:30 p.m., in Ballantyne Auditorium.

The dozen tunes in the program reflect popular songs ranging from a 1600s traditional tune, to 1940s jazz, to artists of today. Both groups are under the direction of Ray Salucka.

Kirkwood RSVP, a group of four females, will perform popular works, including traditional tune “The Water is Wide;” “Someday My Prince Will Come,” from Snow White and the Seven Dwarfs; “Don’t Stop the Music,” by Rihanna; and “Stuff Like That There,” popularized by Bette Midler.

Jazz Transit, a group of three females and two males, will sing hits like “I’ve Got You Under My Skin,” by Cole Porter; “Take Five,” by Dave Brubeck; “But Not for Me,” by George and Ira Gershwin; “When She Loved Me” by Randy Newman; “I Hear Music,” as arranged by Phil Mattson; and a showcase of vocalese singing in a Jon Hendricks arrangement of “Freddie Freeloader.”

Kirkwood’s vocal jazz groups have built a renowned reputation in college performance circles, with invitations to perform at jazz festivals in the Czech Republic, Austria, France and Switzerland in the past decade. The RSVP and Jazz Transit ensembles have also earned awards and honors in competitions from California to New York.

Tickets for the April 26 vocal jazz concert are $10 for adults and $5 for seniors and students with current ID. Kirkwood students and employees are admitted free. For advance tickets, please call (319) 398-5899, ext. 4331.