Kirkwood Men Advance to Next Round at Regionals

By kirkwoodcommunitycollegeMarch 7, 2017November 6th, 2018No Comments 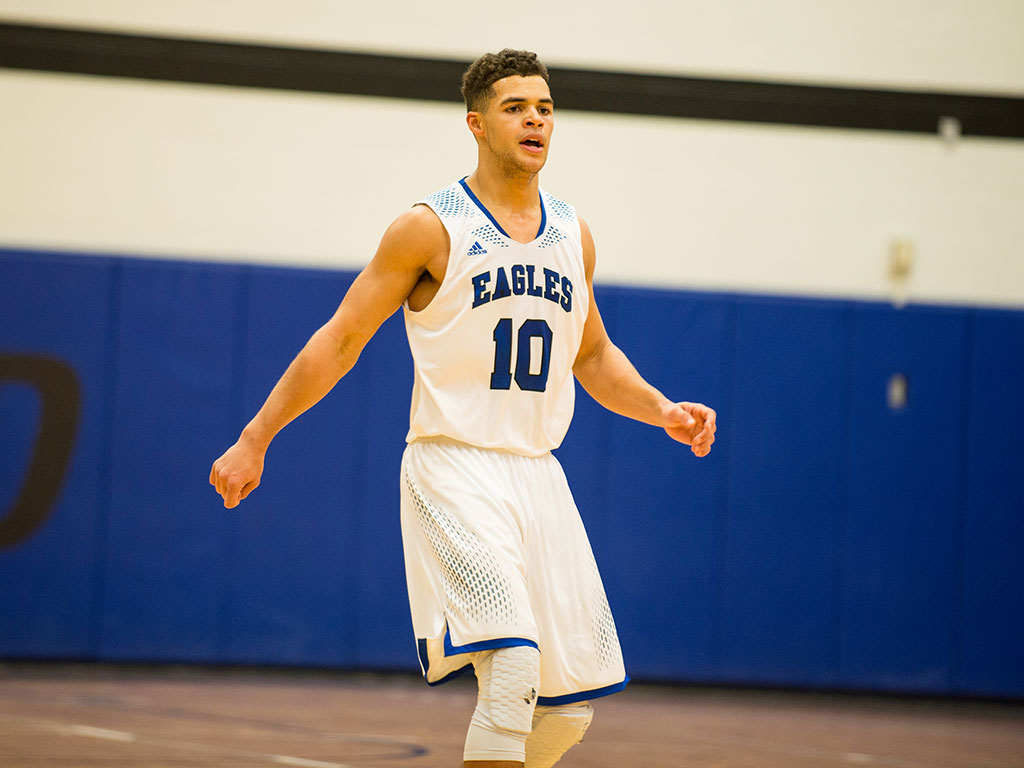 The Kirkwood men’s basketball team advanced on to the next round of the Region XI tournament following a 78-71 victory over North Iowa Area Community College. Their next test comes on Thursday at 7:30 p.m. when they host Iowa Lakes in the semifinals.

The twelfth-ranked Eagles wrapped up the regular season with a record of 23-6 while going 9-3 in conference games. Kirkwood finished second in the conference behind Southwestern Community College.

Head Coach Bryan Petersen’s squad looks to repeat that same national championship magic from a year ago beginning tonight in Johnson Hall. The victor will face the winner of the matchup between third-seeded Iowa Lakes and sixth-seeded Iowa Central.

For more Eagles athletics news, and to take a look at the men’s Region XI bracket, go to www.kirkwoodeagles.com.