By kirkwoodcommunitycollegeDecember 5, 2019December 10th, 2019No Comments 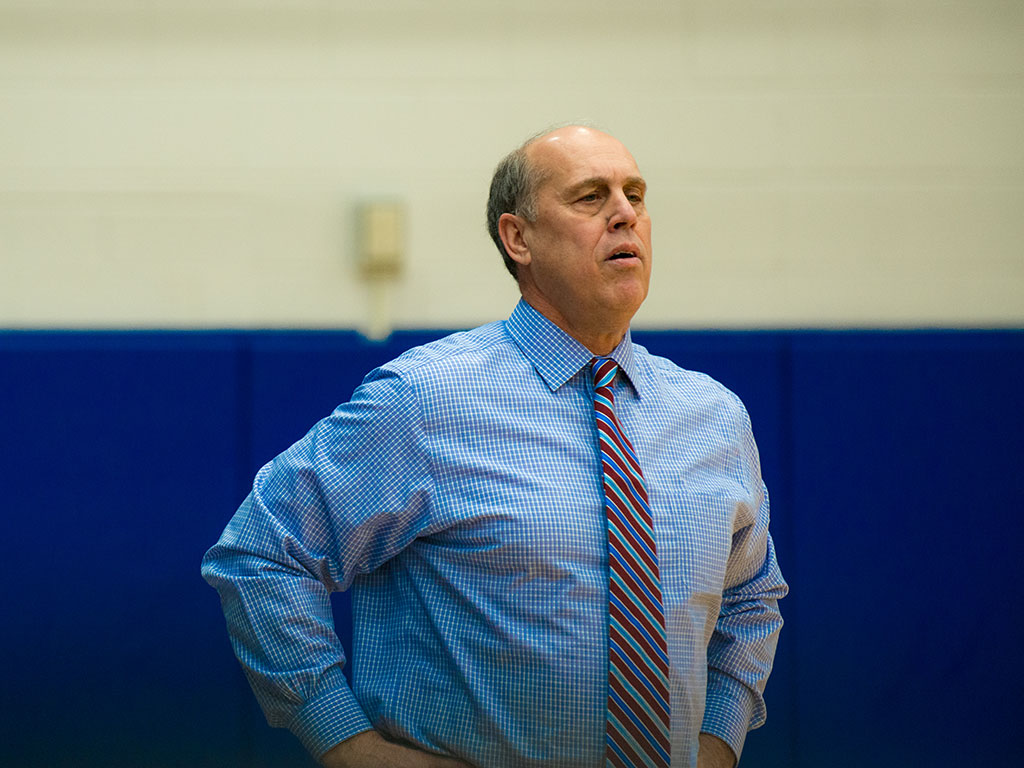 KEOKUK, Iowa (Dec. 4, 2019)-Kirkwood Community College Head Women’s Basketball Coach Kim Muhl reached 900 wins in his coaching career following a 73-66 road victory over the Southeastern Blackhawks on Wednesday night. Muhl is one of five coaches to reach the 900-win plateau in the NJCAA.

The milestone is just the latest highlight in Muhl’s storied career. Already inducted into the NJCAA Basketball Hall of Fame in 2011, his teams have won 18 conference titles and seven National Championships during his tenure as coach of the Eagles. In addition, Muhl has tallied a career win percentage of .850 in reaching the 900-win mark at Kirkwood.

Always humble, Muhl thinks the milestone says more about the number of years he has coached at Kirkwood rather than the impressive accomplishment itself. To Muhl, the achievement is not just his to celebrate as he has worked with many talented people over his 31-years as a coach.

“Like they always say, time passes quickly and I’m getting older, that’s all,” said Muhl. “The 900 wins is nice, but I’d also really like to recognize the people who have helped with our program. There are so many others whose contributions directly impacted this accomplishment and helped to make it happen. At the same time, it’s just a number. Our program is not built on just accomplishing these types of things. We’re focused on this season and winning another championship.”

According to Kirkwood Athletic Director Doug Wagemester, the milestone is an indication of the Muhl’s bigger impact on the college as well as the community.

“The 900 wins quantifies, and more importantly qualifies, the success that Coach Muhl has had and has shared with Kirkwood over the past 30 years,” said Wagemester. “The accomplishment is remarkable. Through those years, hundreds of young women have benefited from his commitment to working hard, doing things the right way and putting his team first. The impact he has had on our athletic department, our campus and in the community is immeasurable. Personally, I have enjoyed working with Kim and I feel fortunate to have been part of 22 years of his tenure. I look forward to many more years to come.”

So far this season Muhl’s team is undefeated at 10-0 and is ranked number 1 in the nation in the NJCAA Division II.

For more information on Kirkwood women’s basketball, as well as all Kirkwood athletics, go to www.kirkwoodeagles.com.